Jill brings to TFE a strong background in planned giving and endowment fund development. She has used those skills in places such as Marquette University, the Wycliffe Foundation, and, most recently, the Racine Community Foundation. 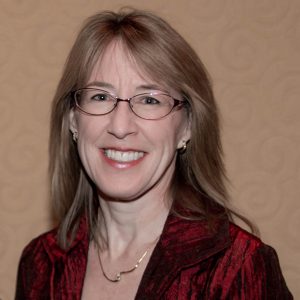 She also is very active member of the Episcopal Diocese of Milwaukee. Currently worshipping at Holy Communion in Lake Geneva, Jill served in a variety of leadership positions at her former home parish of St. Michael’s in Racine. She previously served a term on the diocesan Executive Council and currently is a member of the diocesan Finance Committee.

Jill and her husband, Dave, were raised in the Methodist tradition and attended their first Episcopal service on Christmas Eve, 2006 at the invitation of neighbors. They were received into the Church at St. Michael’s soon after. Jill was raised in Delavan, Wisconsin, and she and her husband recently moved to Lake Geneva to be closer to her family. In their spare time, Jill and Dave enjoy exploring the great outdoors and relaxing with Dave’s family at a lake cottage which has been in the family for five generations.

TFE feels blessed to have an Executive Director with a strong endowment development and Episcopal Church background.

She is reachable at director@tfemil.org.